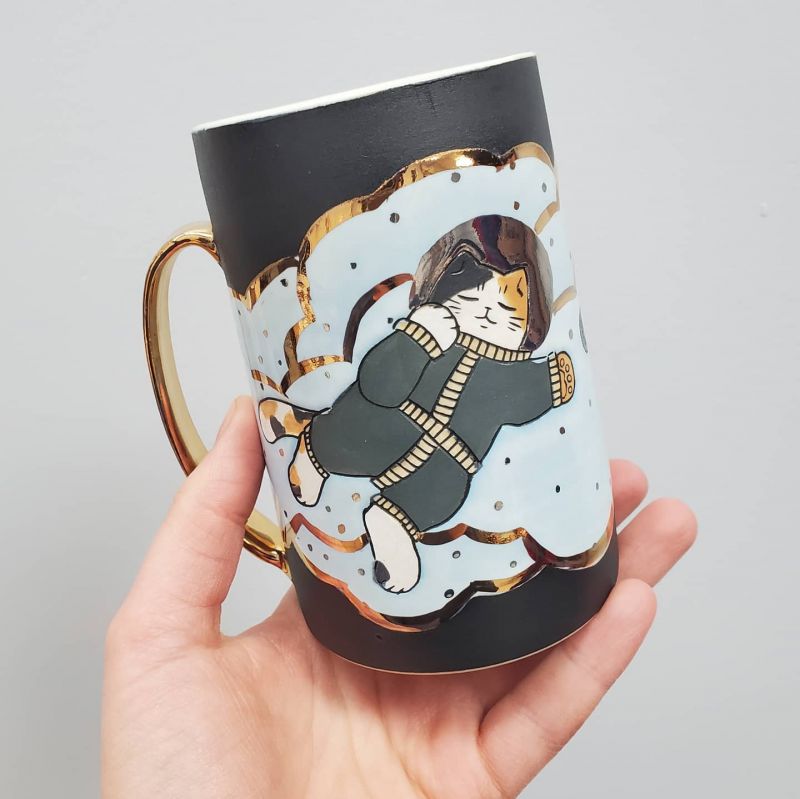 It started with the pandemic. Like so many others who have seen their lives and livelihoods disrupted by Covid-19, artists have turned to digital spaces. As museums, galleries and other places to share and view art closed, the path ahead grew darker. Although some institutions have moved into the digital space in the form of online exhibitions or virtual tours, these were mostly major players with big budgets – places that few artists have access to. For newcomers without an established fanbase, the shutdown has been crippling. Then they discovered TikTok.

TikTok, the short-form video-sharing app from Chinese internet company ByteDance, has exploded over the past few years. According to Anne Gerlieb, a professor at the Department of Art History at the University of Bonn, TikTok “reached 800 million active users during the lockdown periods of 2020/21”. The beauty of TikTok is above all its accessibility. An easy-to-learn medium, users can edit and insert voiceovers or music via simple in-app tools. What started as a dance-sharing platform morphed into something else, and the creators were eager to jump on the bandwagon.

For many artists, TikTok has given them access to a following that has not only carried them through the pandemic but, in some cases, completely changed the nature of their business. “What TikTok allowed me to do was build a clientele online and go into making whatever I wanted,” Vancouver ceramist Tessa Roseau says Creative Boom. “It also gave me confidence that I had the commitment and consistent people who would support my business outside of the resellers and wholesale market…right now my business model is completely different than it was. was before, and that’s largely because of TikTok.”

Beyond gaining an audience, the success artists have found on TikTok has helped their practice in other ways. For a Brooklyn-based artist Tabitha Whitley, who joined TikTok at the start of the pandemic, the social media platform not only led to a major increase in sales, but also helped her build relationships during a period of isolation. “I feel like I’m making genuine connections with other artists,” Whitley told Creative Boom about the platform. “There’s a real creative community there that I didn’t expect.”

Not everyone can go viral, especially as the medium becomes more saturated, but both Reed and Whitley are artists whose videos regularly garner thousands of views, with some hitting six figures. Their approach to the platform is authenticity, with virality being a welcome but secondary concern. “My TikTok is more about showing my process and exploring than it was ever my product,” Reed says. Gerlieb’s research supports this idea, and she observed that artists use TikTok more as a “virtual studio tour” than a marketing platform. “Almost always what I did was clips that touched me emotionally or something that I was super engaged or obsessed with and talked about very viscerally,” Reed explains. “I think those are the ones that go more viral and don’t take me as long.”

While TikTok may have started as a place where Generation Zers shared dances, the search for connection that the pandemic has exacerbated has opened up the app to creators offering something deeper. Unlike Instagram, which is a highly curated online space more reminiscent of a gallery or museum, TikTok is meant to be a place of authenticity, promising an immediacy and mess that many of its users crave. “If you produce content that makes sense and you have something specific to say, and you find an eloquent and relevant way to say it, that resonates with people more than fancy stuff,” says Whitley.

And yet there is the undeniable reality of algorithms and the specificity of the digital space which harbors pitfalls for creators. Artists who found early success on TikTok, many of whom had no traditional art school training or gallery representation, now feel hemmed in by the initial style that brought them notoriety and allowed them to circumvent these established gatekeepers. “Adapting your art to TikTok is no different than adapting it to a gallery or an audience, because it’s just as dangerous no matter what,” warns Whitley. “If you’re creating work for the app or creating work that you think other people want to see, you’re going to lose the sincerity that got people there in the first place. It can happen to anyone. in all circumstances outside of TIC Tac.”

This burden of maintaining a certain aesthetic breeds a fear of experimentation and can also put undue pressure on the creative process itself. There is an unprecedented level of documentation these days, which can be a wonderful thing. TikTok is inviting the masses into an artist’s space like never before, giving them a front-row view of the creative process. And yet, much of this documentation has a certain level of expected sophistication, which can detract from the rawness of creative expression. “I feel like it gives this expectation to new or younger artists to have more sophistication in how they document progress than actually developing the work itself,” Reed observes.

Beyond the fear of experimentation and loss of interest from an online audience, some artists also spend more time creating content than creating actual physical works of art. “I will say there’s a real struggle because there’s pressure to create content at a rate that artists can’t create,” says Whitley. “I think it’s important to put your artwork first and decide how you share.” Sometimes that means stepping away from social media altogether — something Reed has been doing for months at a time. In other cases, it involves some acceptance that not all videos may go viral or even gain popularity at all. If you’re committed to establishing a lasting artistic career, you need to focus more on the art itself than on digital documentation.

In this way, the future of TikTok is uncertain. Is it a passing fad or a disruptor of the art market? Can it effectively dismantle the elite gatekeepers of the art world, or will it spawn an entirely different genre of art designed for the platform itself? Maybe it all depends on what you’re using it for. “TikTok by itself is not a sustainable thing,” Reed says. “I find it overwhelming because of the fashionable kind of engagement and the momentary virality of everything. As an artist, that’s not how you can sustainably run a long-term business. It’s really great for building a fanbase, but it’s not built for longevity either.”