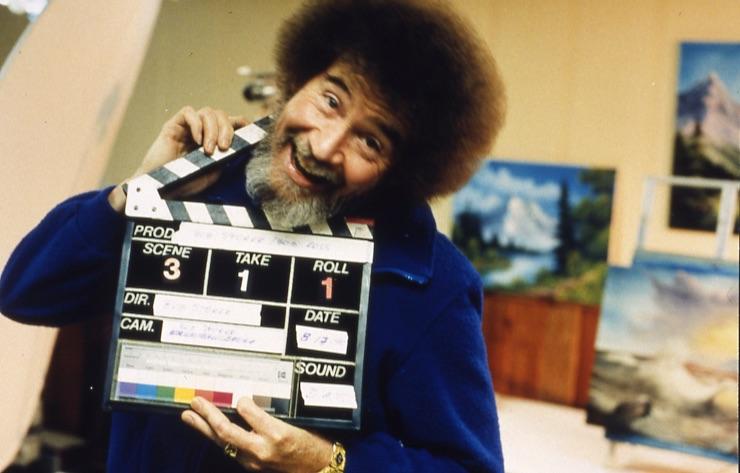 For those who’ve seen Bob Ross add “happy little trees” to his canvas, here’s your chance to see where the PBS TV host created his paintings in real life.

Opened in late October 2020, “Bob Ross Experience” is an interactive exhibit inside Ross’ former studio in Muncie, Indiana, where he recorded “The Joy of Painting” from 1983 to 1988. The exhibit is located on the Minnetrista campus, a 40-acre museum and gathering place established by the Ball Corporation and formerly both the headquarters of their Mason jar factory and PBS station WIPB.

Minnetrista communications manager Katy Maggart explained that the Bob Ross exhibit was born out of staff browsing through artifacts and finding numerous objects belonging to the late, beloved painter-turned-pop-icon.

“Bob Ross has a really cool story that we’ve had to tell for a long time, and it kind of feels like a leap of faith,” Maggart said.

According to Maggart, Ross’s coming to paint and film at Minnetrista was – using a Ross catchphrase – by a “happy little accident”. Ross heard about WIPB (“The Joy of Painting” was first filmed at the WNVC in Falls Church, Virginia) while attending art workshops at the nearby Delaware County Fairgrounds. Ross then went to talk to WIPB station manager Jim Needham about his show, which would begin taping there in its second season.

“It wasn’t something planned, but we’re really happy it happened,” Maggart said.

Ross, who was originally from Florida, also bought a house in Muncie and would travel back and forth to Indiana for filming. His recreated studio space is now the Bob Ross Experience and will be part of the planned two-level attraction; it will also include a living room representing the eighties reflecting the great years of the program on the air. On the lower level, which is open, visitors can see his easel, brushes and palette.

“We have a lot of really cool authentic items that you can’t see anywhere else,” Maggart added.

The upper level of the exhibit will include gallery space to display rotating works of art, including pieces by Ross, and will host master class painting workshops led by certified Bob Ross instructors.

Open in timing with Ross on October 29e anniversary, tickets for “Bob Ross Experience” are timed and encouraged to be purchased in advance online.

A coinciding temporary exhibition called “Bob Ross at Home – Artist, Teacher, Friend” shows paintings by Ross that would never have been seen before and are owned by locals or Minnetrista’s collection. It is on view until August 15 and presented in a historic house next to the Bob Ross Experience.

For visiting hours and tickets for the Bob Ross Experience, visit this website.