Side Street Art Studio seeks to grow, to inspire 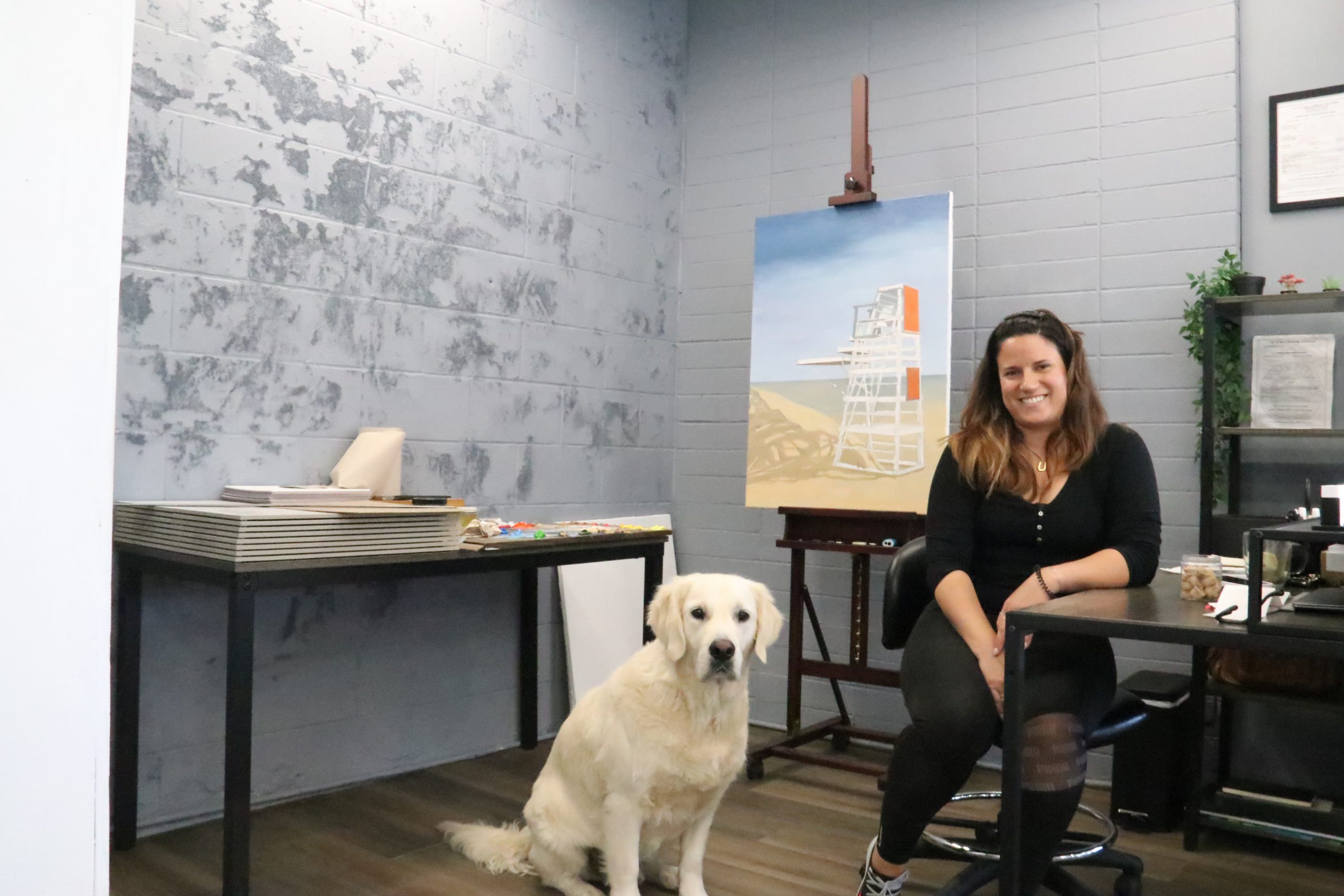 Side Street Art Studio seeks to grow, to inspire

SUPPORT THIS INDEPENDENT JOURNALISM
The article you are about to read comes from our journalists doing their important job – investigating, researching and writing their stories. We want to provide informative and inspiring stories that connect you to the people, issues and opportunities within our community. Journalism requires a lot of resources. Today, our economic model has been interrupted by the pandemic; the vast majority of our advertisers’ activities have been impacted. This is why the SC time now looks to you for financial support. Learn more about our new Insider program here. Thanks.

The featured image: With the help of his family, including his pet dog Oscar, Parisian art instructor Claire Kavaya will soon open her new Side Street Art Studio on Avenida Cabrillo. Photo: C. Jayden Smith

Adding to the legacy of art in the Beach Towns area, the new Side Street Art Studio, located at 205 Avenida Cabrillo in San Clemente, seeks to change students’ perceptions of the art they can create.

Claire Kavaya, the owner of the studio, has spent decades in the Parisian art world and is thrilled to contribute her knowledge to the community.

“I just hope to teach like I did in Paris, and try to make people happy, and come out of the studio with a painting they’re proud of,” she said.

From the age of 12, Kavaya knew her dream job was to teach art to adults in a studio and worked hard to achieve her goal.

She first fell in love with the United States after spending three years in a French school in Houston, Texas, before returning to Paris, where she grew up and spent most of her life. Kavaya then graduated from high school, studied at a preparatory school and spent five years at the Beaux-Arts in Paris before graduating at age 24.

After finding freelance work to help open and teach at a new studio in the city’s 15th arrondissement, the gig turned into a 13-year stint that Kavaya loved.

“I thought to myself the very first class, that’s where I belong,” she said. “It’s what I was supposed to do, and I was very comfortable in it.”

Years later, she met her husband, Peter, who played professional hockey in France in 2018. The two visited Peter’s hometown of San Clemente that summer, and Kavaya got her first taste of the city.

Her husband was forced to return to town to find work after the COVID-19 hit, and Kavaya was especially thrilled to move to the United States again. She bought the San Clemente studio from its former owner with the intention of redoing it all with the help of her stepfather, Steve, who retired from a career in the construction industry.

However, the pandemic has extended the process of obtaining a green card for over two years. She finally made it to San Clemente earlier in August, with the studio almost ready to open thanks to the help of her in-laws.

“I’m glad I also took three weeks to really settle in, and now I think I’ll be ready after opening to welcome students and start working,” Kavaya said of her time. taken to rest after his overseas flight.

She adds that she does not plan to revolutionize the learning process of drawing and painting, but rather to transmit her high-level learning as well as possible. Specifically, she will guide students in freehand painting and drawing, and train people to recapture what they see with their eyes instead of copying or relying on a grid on a canvas.

Her main strength, she says, is putting people at ease in the studio environment, which she used in Paris to help beginners who feared they weren’t talented enough to create art.

“I’m the one who has to adapt my advice to people,” Kavaya said. “I know what people have told me over the years is that they’re really grateful because I’m always cheering.”

Although full of structured and methodological learning, it will seek to provide an environment with music and “good vibes”, where people can make new friends and chat during class.

The only rules? Never talk about politics and never say “I can’t”.

The official opening of the studio will take place on September 10 at 5 p.m. Beginning September 14, Kavaya will offer oil painting and drawing classes from 10 a.m. to 1 p.m. and 2 p.m. to 5 p.m. Wednesday through Saturday.

Shawn Raymondo
Shawn Raymundo is the editor of Picket Fence Media. He graduated from Arizona State University with a bachelor’s degree in global studies. Prior to joining Picket Fence Media, he worked as a government accountability reporter for the Pacific Daily News in the US territory of Guam. Follow him on Twitter @ShawnzyTsunami and follow San Clemente Times @SCTimesNews.

BECOME AN INSIDER TODAY
Trustworthy, accurate and reliable local news is more important than ever. Support our newsroom by making a contribution and becoming a subscriber today.