Self-management of the Cuban art market: a necessary good? 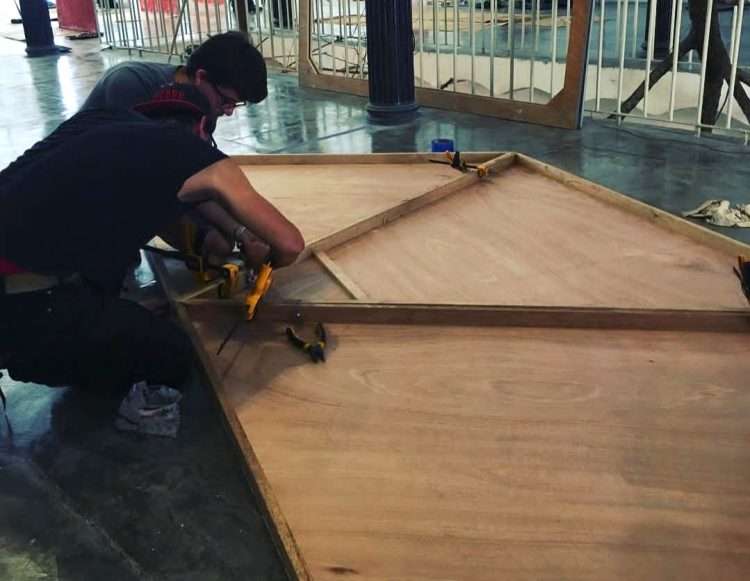 Self-management of the Cuban art market: a necessary good?

Beyond material needs, any Cuban visual artist who begins his career must overcome a whole series of logistical and organizational problems typical of the art market, difficulties that multiply in our context.

We talk about managing social networks and advertising, finding sponsorships or funds for exhibitions, managing sales in galleries or directly with art dealers, in addition to other issues related to aspects economic, legal and organizational. All of the above is a normal process for any artist looking to position themselves adequately in a relatively competitive and efficient art market.

In Cuba, the artist often resorts to the self-management of several of these operations and almost always the economic stake is the obvious justification in any debate on the question, although the problem goes beyond a simple saving of resources or ‘personal interest. of the artist to monopolize all the work related to his career.

Two conversations have taken place recently in Havana, related to the Cuban art market and the self-management of the artist as a resource in the visual arts environment of the country. Artists, specialists, curators, among others related to the work of this artistic manifestation on the island participated.

The visit of Frenchman Jean Minguet, economist and specialist in contemporary art, member of the team of the Artprice.com platform, specialized in the analysis of the art market in the world, gave us an overview of the evolution of the art market. international art, without dwelling too much on national specificities, as expected. The meeting gave rise to other visits by specialists to galleries in the Cuban capital.

Artprice is a private company that manages valuable information on the price, market, econometrics and trends of contemporary art, aspects virtually unknown to those trying to advance the almost non-existent Cuban art market.

Plunging into the intricacies of the modern art market is a task for specialists in the field, a somewhat complicated task for those who devote themselves exclusively to these questions, a fortiori for an artist whose main function is creation, with all the preparations and vicissitudes that the process itself entails.

Thus, self-management, beyond being an asset or a mechanism of subsistence for the Cuban creator, often becomes a problem (another) that many Cuban artists have to face, accustomed to the additional workload.

The Minguet conference served in a way to make us realize once again the need to structure a national market and, more importantly, the training of specialists capable of achieving a solid structure that supports the name of the art Cuban outside Cuba, without excluding the ever-present economic question.

Shortly after, this meeting of the French specialist prompted another panel on the artist as self-manager of the visual arts scene in the country, this time with the participation of Cuban creators as guests, who presented their experiences and addressed important issues regarding the artist-manager topic.

The Maxima Gallery space hosted Rafael Villares, Duvier del Dago, Douglas Perez Castro and Luis Enrique Camejowhich, beyond reflecting an anecdote of personal experiences on the job and the vicissitudes lived in their career, touched on other important points, perhaps outstanding, of the previous meeting with Minguet in the theater of the National Museum of fine arts (MNBA).

The space, animated by the young specialist Karla Ochoa, graduate and professor of art history, served to evoke the controversy over the convenience or otherwise of the logistical work assumed by artists, outside of their creative process and the how these related tasks influence on -creation of sites.

Although the same economic situation has led more and more artists to assume different organizational roles in their careers, it becomes in the long run a disadvantage for the full development of the creator, who needs to distance himself somewhat from his creative work by taking on different tasks. .

It should be noted that the creative process around a work or an exhibition is also sometimes enriched when the artist decides to take on part of the curating or the assembly of the pieces, underlined the facilitator during the encounter, a process that helps in the formation of young people who are starting their career in art, in addition to being able to learn about other parallel and subsequent processes to the creation of the work of art.

In this regard, Duvier del Dago, who also works as a professor at the Higher Institute of Art (ISA), addressed the need for the artist to also know a little about the more intellectual processes or those related to criticism and the writing of texts, apart from the theoretical training received in academy, for which a greater interaction between the faculties of Arts and Letters and the ISA is necessary, within the framework of the enrichment of future professionals, both theoreticians and artists in training.

Regarding the different paths to self-managing sponsorship, panelists indicated that there is not per se a single path or a “little book” to follow. The anecdotes and personal references evoked during more than one hour of meeting showed that the artists must pass by an arduous way when they seek a financing for the creation, for the realization of a painting, sculptures, a performance , installations, among other creative ways.

On the other hand, Adrian Socorroone of the artists present in the audience, underlined that greater management and better support of the country’s institutions is essential, especially for artists who live in the provinces, even more so in the case of self-taught artists, who have even twice the disadvantage than creators who have gone through the corresponding educational pyramid.

In the case of the plastic arts institutions on the island, they must better assume their often costly logistical work, where the artist ends up assuming the costs linked to the preparation of an exhibition, which makes it even more difficult good management by this type of institution.

On the other hand, a greater possibility of sale or an efficient management of sales would cover the costs and favor the infrastructure of the Cuban art market, which currently depends almost entirely on foreign capitalalthough the country’s visual arts authorities should pay more attention to maintaining this artistic heritage that has gone to other countries over the decades.

In this regard, Douglas commented on his experience in Holland, where he explained that beyond a monetary question, the European nation was interested in preserving its own heritage, with the purchase and conservation of works of art. local artists, an initiative Cuba could learn from.

In addition to the valuable collection of the MNBA and the guiding role of the National Council of Plastic Arts and the Cuban Fund for Cultural Assets, the country’s galleries should have a greater dissemination of the catalog of their works, as well as greater opportunities for the public to know the existing collections in the country, especially what is valuable in terms of contemporary Cuban art, where the creation of a museum that safeguards the most recent Cuban creation of recent times is more than necessary.

At the same time, greater preparation of specialists in art market issues is urgently needed if a competent market project is to be carried out today, because quite often art history graduates come out in the “real” world once their studies are finished with many questions, in a context where the figure of the art dealer or curator is almost taboo in the country, where private gallery spaces still lack legal power.

Although the legal recognition of open studios has allowed artists a certain economic independence and self-management of their projects, they are small spaces for the dissemination of their work and should not proliferate more than gallery spaces, where there are — where there should be — a whole working team to support creators in their desire to enter the market, by putting them in touch with other avenues for exhibitions and future projects. This was highlighted by Camejo Vento in his presentation, in which he added that few artists have the chance to come to a space like Máxima, which helps the artist in areas that have nothing to do with his work.

Spaces like this panel are necessary to question the future of the national market, after several years of trying to finally take off, underlined Villaresone of the Cuban artists who recently participated in the Venice Biennale 2022who referred to the fact that there is still work to be done for art made in Cuba to reach more homes, in a desire that many share and hope will soon come true.