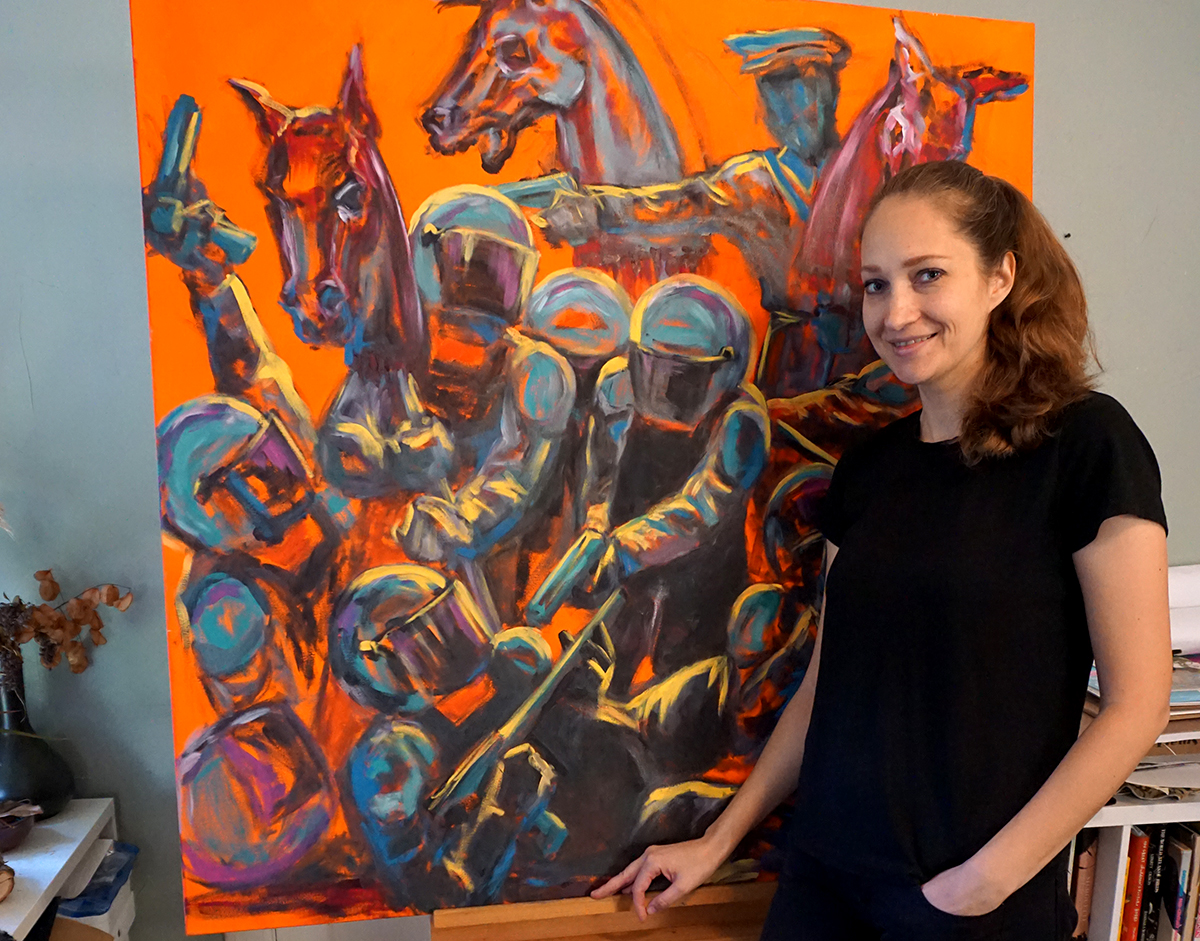 How we perceive the world can shape who we are. If we perceive an obstacle, it can become a reality. Sometimes all it takes is a shift in perception to unlock the potential to achieve our dreams.

When Vera Gachot was a child in Russia, she dreamed of being an artist, especially to write and illustrate books. But Russian art schools focused on classical traditions. So she put her dreams aside and got a degree in book publishing.

She met her husband, Richard, while he was working on a Russian architecture book and she was an editor at the publishing house. The couple married in 2013 and she moved to the United States where she changed her perception of what art could be, especially when she enrolled in the art department at Lamar University. .

“(In Russia) you have very heavy classical traditions,” she said. “You also deal with this Soviet heritage, which was not about individuality but about this perfection in the art, more like technical skills. It’s as if you had to go to art school from a young age.

When she saw other students at Lamar, Gachot realized she could focus on individuality and self-expression. When she joined Lamar, she first did graphic design before developing an interest in engraving and different techniques. In December, she obtained a diploma in painting.

Gachot’s senior thesis looked at the stories her mother told her about family, and she produced the first illustrations for what will be a book.

“So I kind of did this huge loop and ended up where I planned to start,” she said. “I want to be a book illustrator again.”

Gachot’s collaged illustrations as well as paintings and other artworks she has created over the past few years will be part of “Perceptions,” an exhibit at The Art Studio, Inc., from Feb. 5-22.

“I chose the word ‘Perceptions’ because it’s basically about seeing things differently and obviously coming from a different cultural background, maybe I perceive things differently, because that’s always based on your previous experience,” she said. “And I guess perceptions really change your personality. I mean, as you move from country to country, the changing cultures, the perceptions are what help you build your new identity – the way people see you and how you see things. I think the art maybe reflects different points of view in this case.

Immigrants go through stages of assimilation, Gachot said, where perceptions and attitudes change.

“When you first come here, it’s like being a baby, a little curious about everything,” she said. “It’s a bit exotic, like a big vacation. And then you feel like you’re a stranger and (this) maybe makes you act in a silly way, not to think about what you’re doing, because everyone knows I’m a stranger, so they give you slack. And then at the end, you mature and you assimilate, and you feel more like a part of this community. You change your old biases for new ones.

Gachot, who was born in St. Petersburg, then Leningrad, said she finds the picture book genre fascinating, especially today.

“The 21st century really has no borders, you can do whatever you want,” she said. “There are no taboo subjects. There are picture books about death, depression or domestic violence, really anything. And it’s kind of a political synergy of word and image that I really like.

Picture books are seen as a children’s genre, but they’re as adult as anything else, Gachot said. She shows a photo inspired by a story of her grandmother, who was captured during the Second World War when she was 16 or 17 and taken to Germany, where she was put to work in the kitchen of an industrial plant.

“She was helping a butcher there, a big Pole,” Gachot said. “(My mother) told me that every time he got mad and started screaming, swearing in Polish and cutting meat fiercely, my grandmother would be afraid that he would accidentally cut his hands. Basically, this picture is about that.

Gachot is currently working on collage, inspired by Henri Matisse. The technique allows him to find a freedom that goes against his normal penchant for precision and perfectionism.

“I really wanted to have something unexpected, interesting and curious, and when you cut it, things are more difficult and more interesting, more unexpected,” she said. “Then I can also paint, use pastels or colored pencils on top, since it’s a mixed technique. I am always fascinated by these illustrations of children’s books. They’re usually done in mixed media and you just have to look at it, (and) it’s so amazing, but you have no idea how it was done.

The picture book has added meaning now that she has a child, Gachot said.

“I just feel like I’m forgetting everything I’ve been told about my family. So, I felt like I better do something about it – to preserve it,” he said. she declared.

Gachot’s daughter’s perceptions, growing up, will be different.

“I felt like my daughter’s experience would be so different from my experiences and my parents’ experiences, so I think it’s going to be interesting for her,” Gachot said.

Gachot said she didn’t want to tell viewers how to react to her work, but was interested in their perceptions.

“I don’t think I would ask them anything,” she said. “I’m more interested in their response than my expectations.”