New art studio lets kids find their creative side, whatever their abilities 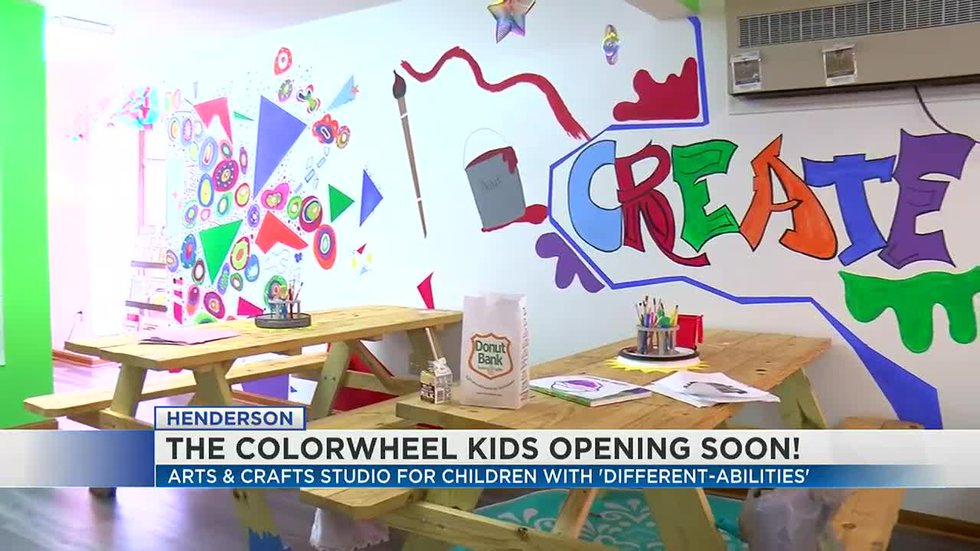 New art studio lets kids find their creative side, whatever their abilities

HENDERSON, Ky. (WFIE) – A new art studio in Henderson is allowing children of all backgrounds and learning abilities to express their creative side.

The ColorWheel Kids focuses on hands-on arts and crafts projects for every child, regardless of ability.

Owner Taylor Heady says before this whole idea, she was in law enforcement in Spencer County until they got their son, Levi’s, diagnosis.

Her son, Levi, suffers from optic nerve hypoplasia, which gives him little or no vision in both eyes.

Taylor tells us that while talking to some of the other mothers she met because of her son’s medical condition, she realized that there were places that weren’t so much inclusive of children. who were different.

With art still being a passion for Taylor, she says she wanted to create a space for people and children with different abilities to come and be creative and feel confident while doing it.

Enrolling children and young adults ages 2 to 18, Taylor tells us that accessibility will play a huge role during the experience.

The studio is wheelchair accessible with heights adapted to the station. In this way, people in wheelchairs can be comfortable, but useful tools will also be present.

“Some of the kids don’t have the grip to grab the brushes like normal,” Taylor said. “So some of the things we looked at were getting different adaptive tools. So it’s a bunch. I usually put it on my hand, which they may as well if they can’t tolerate it on their wrist. But it’s a band that’s got a little pocket. And they can put a brush, a pencil, whatever, and they don’t have to grab it at all. It just stays on their hand, and they can paint, and all they have to do is move their arm.

The handle isn’t the only adaptive tool, Taylor showed us many different ones for everyone.

Taylor tells me she wants the kids to bring creative ideas to every session.

“Obviously we’ll paint, check out famous artists, but we’ll also do all kinds of crafts,” Taylor told us. “One of our first things is a garden of gnomes, fairies and dinosaurs. It used to be just a garden of fairies and gnomes, then I asked a child to reach out to his parents and to tell him that I really liked dinosaurs. OK… OK, great idea. And that’s kind of what I wanted this place to be, is I want their ideas.

The next pop-up session will take place on June 3 and another on June 11.