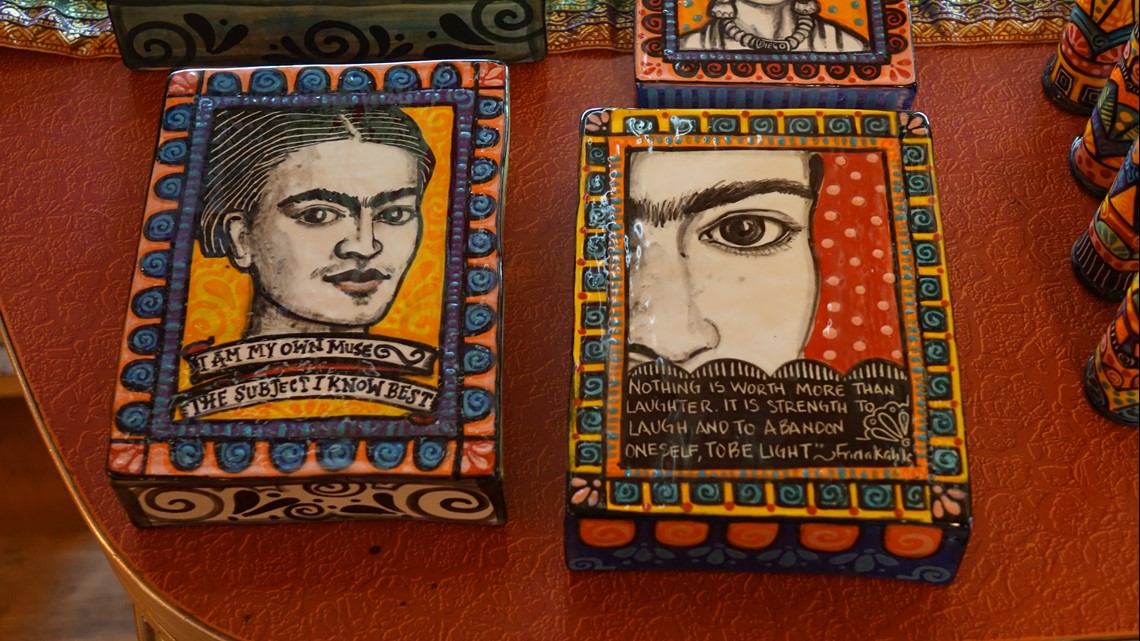 SAN ANGELO, Texas — San Angelo artist Michelle Cuevas has always been inspired by the paintings of Frida Kahlo, an iconic Mexican artist of the early 1900s.

As the owner of her own studio, Cuevas organizes “An Evening with the Babes: Celebrating Frida Kahlo” to honor the iconic feminist painter.

The event will take place from 5:00 p.m. to 9:00 p.m. Saturday, at 512 Orient St. (near the San Angelo Museum of Fine Arts) and will feature the works of seven artists who have used Kahlo as inspiration.

“She didn’t let anyone dictate how to paint, what to wear, what to do, how to be, none of that. She literally broke all the rules…and I think a lot of women admire that,” Cuevas says.

Cuevas was first inspired to create a Frida Kahlo show after attending a similar event in San Antonio. Originally, she wanted to throw a big street party with performers and music, but ended up putting on a smaller show.

Cuevas is thrilled to exhibit works inspired by Kahlo, who often painted self-portraits and broke the gender norms typical of her time.

Refreshments will be served at the event, she said, and it is open to the public.