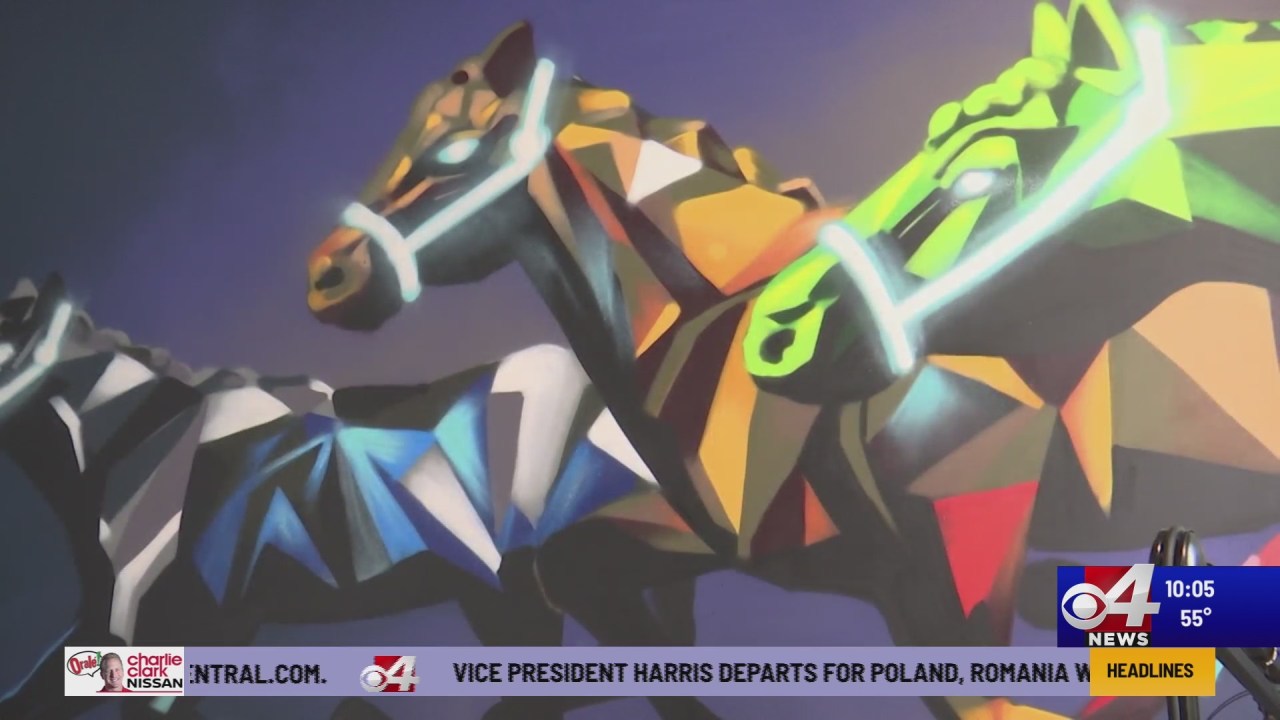 MCALLEN, Texas (ValleyCentral) — Studio 4240 in McAllen is collaborating with a Ukrainian artist and showcasing her work in an art exhibit.

Why some March primary mail-in ballots won’t be counted

“Art sometimes has a way of distracting us from the present and you immerse yourself in it,” CFO Robert Espericueta told Studio 4240.

Espesicueta said he wants to come up with a project that allows artists to get lost in their work and showcase their talents, especially with the war in Ukraine.

“We just wanted to help and she was like ‘no, we don’t want you to give us money, anyone can do this, we want to keep working, we want to keep our minds busy, we want to be able to get back into our community what we get,” said Joshua Moroles, creative director at Studio 4240.

Moroles and Espericueta said that through the power of the internet, they were able to contact Ukrainian artist Viktoria Fartushna.

“It wasn’t easy to draw in the first days, but then you just need a way to express your emotions so I draw,” Fartushna said.

There are 11 pieces in the art exhibit that feature Fartushna’s work with Studio 4240. She hopes the money she makes can then be donated to her country for financial support.

“Many artists, including me, try to document current realities through their art. I also create artwork and animation to sell under the NFT name to donate to our army,” Fartushna said.

NFT is a form of digital ledger, where many digital files such as photos, videos, and audio can be sold or traded. Other than that, there are a number of ways the people of the Rio Grande Valley can help artists like Fartushna.

“We can contact them to let them know that we want to do more than just listen to what’s going on and we want to be more than updated in terms of the war, we want to contribute,” Esperigueta said.

The exhibition is also another way for people to get out and show their support for Ukrainian artists and their community.

“We’re going to have an augmented reality viewing party here in the studio and we want to be able to get donations from people and be able to pass it on to them,” Moroles said.

Studio 4240 hopes to have the exhibit up and running by April 2.