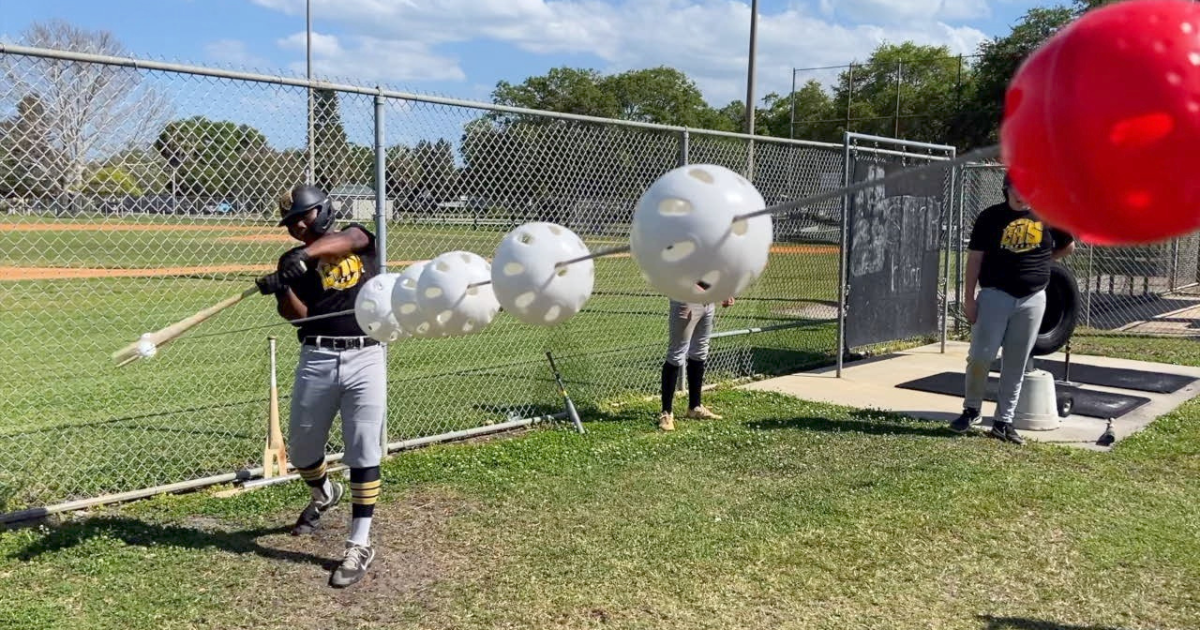 ST. PETERSBURG, Fla. — The hardest thing to do in sports is to hit a baseball.

“(Dante) would always have a day when he would come to work with the guys,” Lakewood head coach Jayce Ganchou told ABC Action News sportscaster Kyle Burger. “He comes, he talks about hitting. They sit and listen. Their jaws dropped.

Bichette introduced the idea of ​​linear batting using a V-shaped bat and Wiffle balls on a string.

“His philosophy was to get out of the launch angle and get in the way and on the strike line,” Ganchou explained. “The idea was for this V to catch him on the rope.”

“Before that, your swing is buckled, falling, and then when you get there, you have to stay level,” said Lakewood senior Jonathan Whelan. “If you’re not level, (the rope) tells you your swing isn’t there.”

Over the years, Ganchou has figured out what works and what doesn’t.

“We took philosophy and put the art teacher in it,” he said.

Ganchou is also a sculpture teacher at Lakewood. He makes these bats in his workshop, constantly updating and improving the model.

“Using the store, I got all the toys and all the tools,” he said. “I can’t do anything normal. I enter the art room. Next thing you know, I took a regular bat, shaved it, made a little V paddle, took it out, we tried it.

“He just knows art and baseball. He’s good at both,” Whelan added.

“The cool thing is I can do what I love. I teach art,” Ganchou said. “Then at the end of the day, I throw baseballs and I swing .”