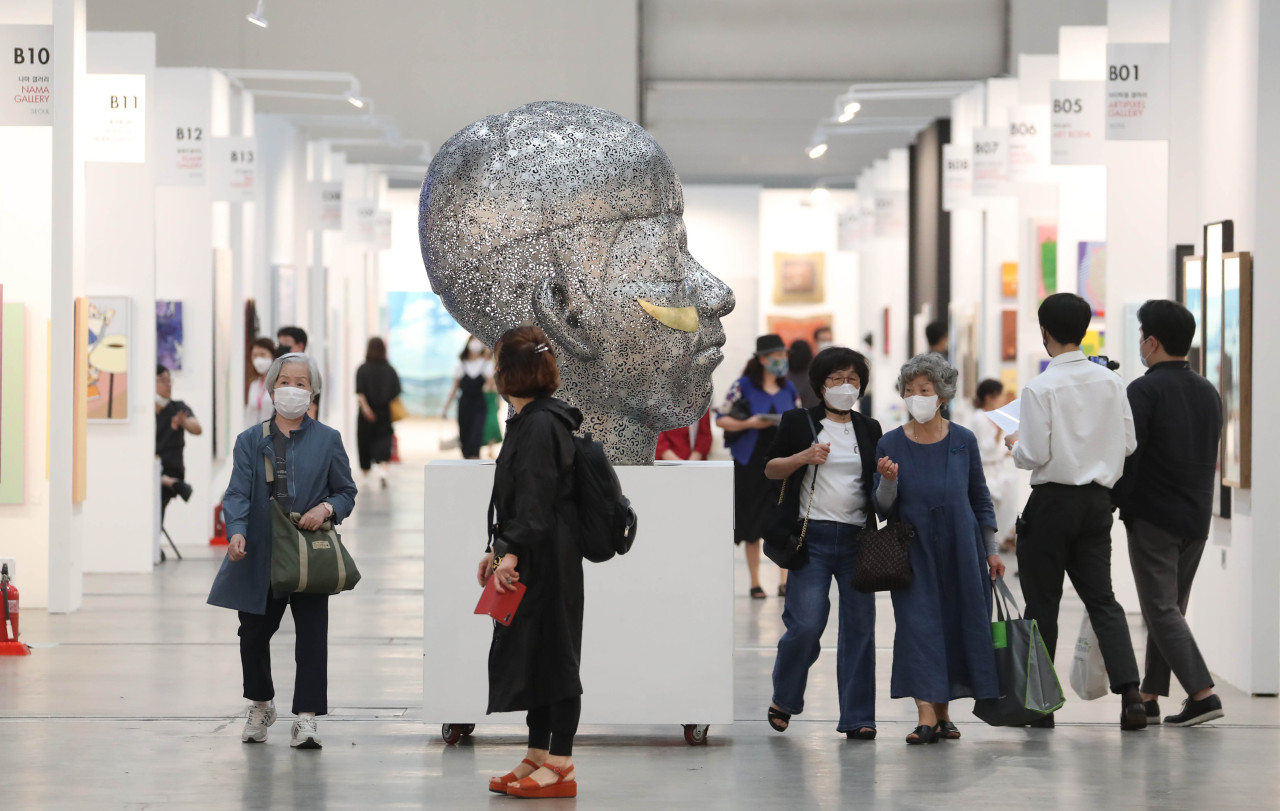 The South Korean art market is estimated at around 532.9 billion won ($410.2 million) for the first half of 2022, according to a report by the Korea Arts Management Service last week.

Six major art fairs held in the first half showed strong growth. Total sales reached 142.9 billion won, up 165.6 percent from a year earlier. The total number of visitors also increased by 72% to 366,000.

Some 145 billion won in domestic art transactions were reported at 141 auctions held by the country’s top 10 auction houses. The figure represents an increase of 0.1% compared to the first half of 2021.

Yayoi Kusama’s “Statue of Venus Erased by Infinity Nets” (1998), at 4.4 billion won, fetched the highest price at an auction in the first half of the year. “From Point” (1982) by Lee U-fan and “Atelier” (1957) by Kim Whan-ki have sold the most among works by Korean artists, each selling for 1.7 billion won.

The online art market has continued to thrive on growing interest in “fractional ownership” and symbolic non-fungible art as young, tech-savvy youngsters continue to enter the art market, explained KAMS. The art market has also expanded into other areas such as retail and fashion. The co-ownership market – a type of investment in which customers share ownership of a work of art – is estimated to have reached 31 billion won in the first half of the year, equivalent to 56, 9% of the size of the art condominium market. in 2021.