Is the Art Market fair for women? 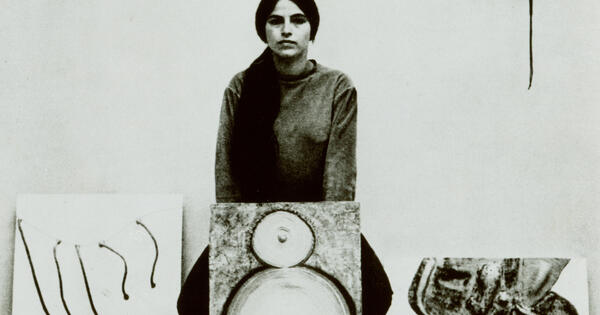 Is the Art Market fair for women?

Attend an art auction or stroll through a gallery or museum, and the majority of artwork is likely to be made by men. A study found that men’s work accounted for 96% of art sold at auction globally between 2000 and 2017, for example. The gaping gender gap could stem from several sources. Buyers, curators or museum directors may have prejudices against women working. Institutional barriers could also prevent or discourage women artists from pursuing their careers and entering the market.

In a recent study, a Yale SOM team sought to unravel the causes by examining data from about 4,000 Yale School of Art graduates over more than a century. They split the data into two broad time periods: before 1983, when male students outnumbered female students, and after 1983, when the gender ratio roughly evened out.

The researchers found that before 1983, the proportion of artists who sold works at auction was lower among women than among men. But female graduates who sold their work ranked higher on average auction prices than their male peers.

For William Goetzmann, Edwin J. Beinecke Professor of Financial and Management Studies, this suggests that “the market is fair, but the institutions are not”. In other words, because women encountered more institutional barriers, they may have had to produce higher quality works to enter the art market. But once they did, their skill seemed to be rewarded with more money. Goetzmann worked with Laurie Cameron ’16, then a student in the Yale SOM Executive MBA program, and Milad Nozari, then a research coordinator at the Yale SOM International Center for Finance, on the study.

The gender difference in auction access and price ranking was not significant after 1983, suggesting that some barriers had weakened. But even after classes achieved gender parity, women’s names were much less likely to be mentioned in the books, which likely translated to less awareness of their work.

This means curators may have to work harder to find female artists who have been left out. But events such as the 2022 Venice Biennale, where women’s work dominated, show that “with a really thoughtful selection, it is possible to shine a light on artists whose work has not achieved the recognition that he deserves,” says Goetzmann.

Cameron, Goetzmann and Nozari set out to gather quantitative evidence of the causes of the gender gap. They focused on Yale graduates, believing that these artists likely started out with a similar intention of entering the artistic profession.

Before 1983, representation at auction was unbalanced: 14% of men sold at least one work, while only 7% of women did. After 1983, these numbers stabilized at around 8-9% and were no longer significantly different.

The researchers also scoured Google Books for the names of artists who had sold at least one piece at auction. Next, they calculated the gender ratio of book citations for each class, controlling for the gender ratio of the class. Before 1983, men were cited 3 to 14 times more often than women. After 1983, citations of male artists are still two to three times more frequent.

“It was really overwhelming,” says Goetzmann. “There is a big institutional bias.” Book quotes are basically a way to proclaim the importance of an artist. “Women have received less recognition,” he says. “In economic terms, they don’t get as much free publicity.”

Did the gender of the artist ultimately affect the amount of his compensation? The team looked at each artist’s auctions and calculated how much higher or lower their prices were, on average, compared to the group. They controlled for factors such as auction house, country of sale, year, size of work, and medium (print, acrylic, oil, watercolor, etc.). Women’s work sells on average 35% more than men’s work with similar characteristics, they found.

One possibility was that a few “superstar” female artists were skewing the results. Indeed, when the team looked at the maximum bid price for each artist, they saw a huge drop from the highest-earning woman to second, then third, and so on. This decline was even more pronounced than in men.

To reduce the superstar artist bias effect, the researchers analyzed the data in a different way. First, they ranked artists based on the average price paid for their work. Next, they compared the average rank of women to that of men, taking into account factors such as height and type of art. Again, they found that women ranked higher on price.

But this trend was confirmed only before 1983. After this year, the average price ranking of women was no longer higher than that of men. The result “is really tied to the pre-tie period,” says Goetzmann.

One explanation is that before 1983, women faced more barriers to entering the art market. When their work came to auction, it was on average of higher quality than men’s work, and buyers recognized this quality.

But other explanations are also possible. Perhaps men produced more lower quality parts, while women tended to produce fewer higher quality parts. And the results could be specific to Yale graduates.

International studies with larger data sets have come to conflicting conclusions. An analysis of 2.6 million auction transactions from 2000 to 2017 suggested women’s art sold 4% more than men’s. But another team, which studied 1.9 million auction records from 1970 to 2016, reported that the average price of paintings by female artists was 42% lower than that of male artists.

And the persistent gap in book citations, discovered by Goetzmann’s team, suggests that women are still not being recognized as much, likely contributing to less representation in galleries, museums and exhibitions.