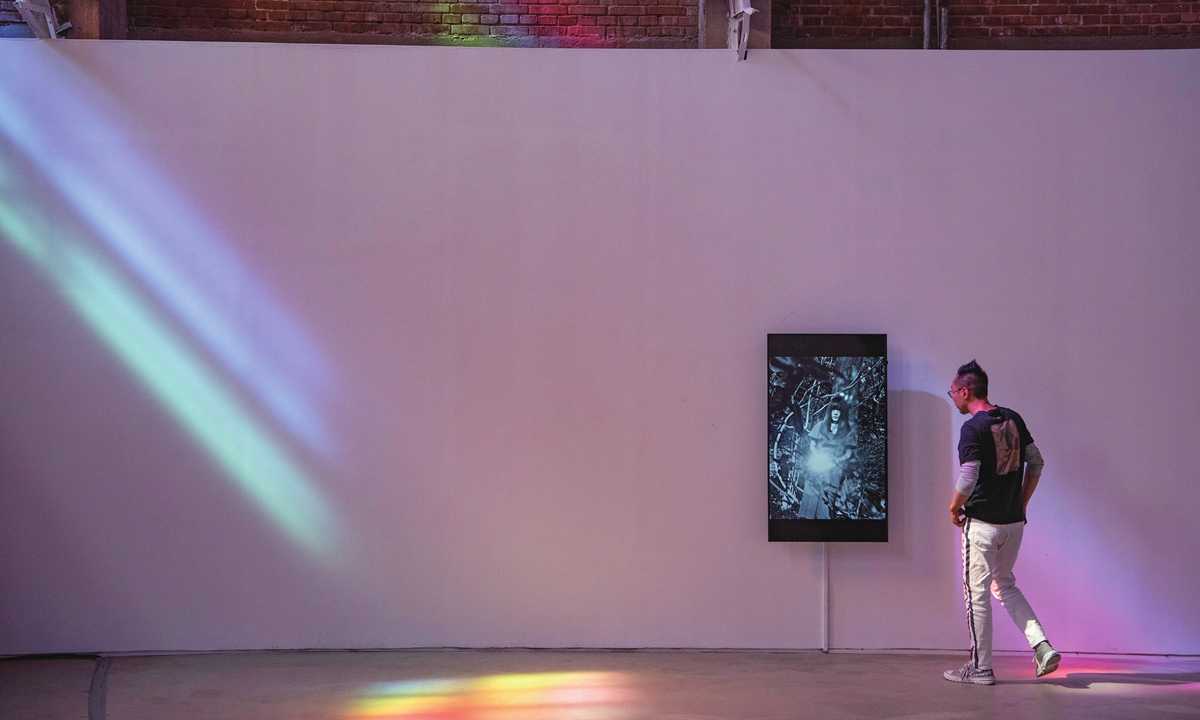 A viewer looks at an NFT artwork during an NFT art exhibition held in Beijing on May 9, 2021. Photo: cnsphoto

Most people come closest to owning a famous work of art by buying an inexpensive poster from a gallery, but art dealers are determined to harness technology to attract new collectors.

Anaida Schneider, a former banker based in Switzerland, is among those promoting new ownership schemes, for a small fee investors can buy a digital piece of a painting and split the profits from the sale.

“Not everyone has $1 million to invest,” she told AFP.

“So I had the idea to split, to do like a mutual fund but on the blockchain.”

Each buyer receives an NFT, the unique digital tokens created and stored on the blockchain, the computer code that underpins cryptocurrencies.

Although crypto-assets sailed into 2022 with plummeting values, collapsing projects and widening scandals, the NFT art industry has weathered the storm better than other industry sectors. cryptography.

NFT artwork accounted for some $2.8 billion in sales in 2021 and the rate only declined slightly in the first half of 2022, according to analyst firm NonFungible.

Collectors and artists are among the most avid experimenters with this technology, even if it means owning only a digital copy of a painting.

A fifth of the 300 collectors surveyed by the Art+Tech Report website said they had already engaged in so-called fractional ownership.

The buyer receives a unique high-resolution digital copy to project on a screen and a certificate from the museum, which receives half of the profits.

The society held a splashy show in London in February, featuring digitized works by Renaissance masters including Raphael, Leonardo and Caravaggio. He’s sold a handful since.

But Italy’s culture ministry was reportedly upset that a replica of Michelangelo’s Doni Tondo sold for around $238,000, but Florence’s Uffizi gallery got less than a third of the takings.

A ministry spokesperson was quoted in several media outlets in July as saying the issue was “complex and unregulated” and asked museums not to sign any new contracts around NFTs.

Buyers can request an NFT to accompany their image, but the company said it has its own patented system for securing ownership, which it calls DAW.