Friends and family gather at Art Studio to remember late Beaumont muralist Kimberly Brown, creator of the ‘Be Kind’ logo 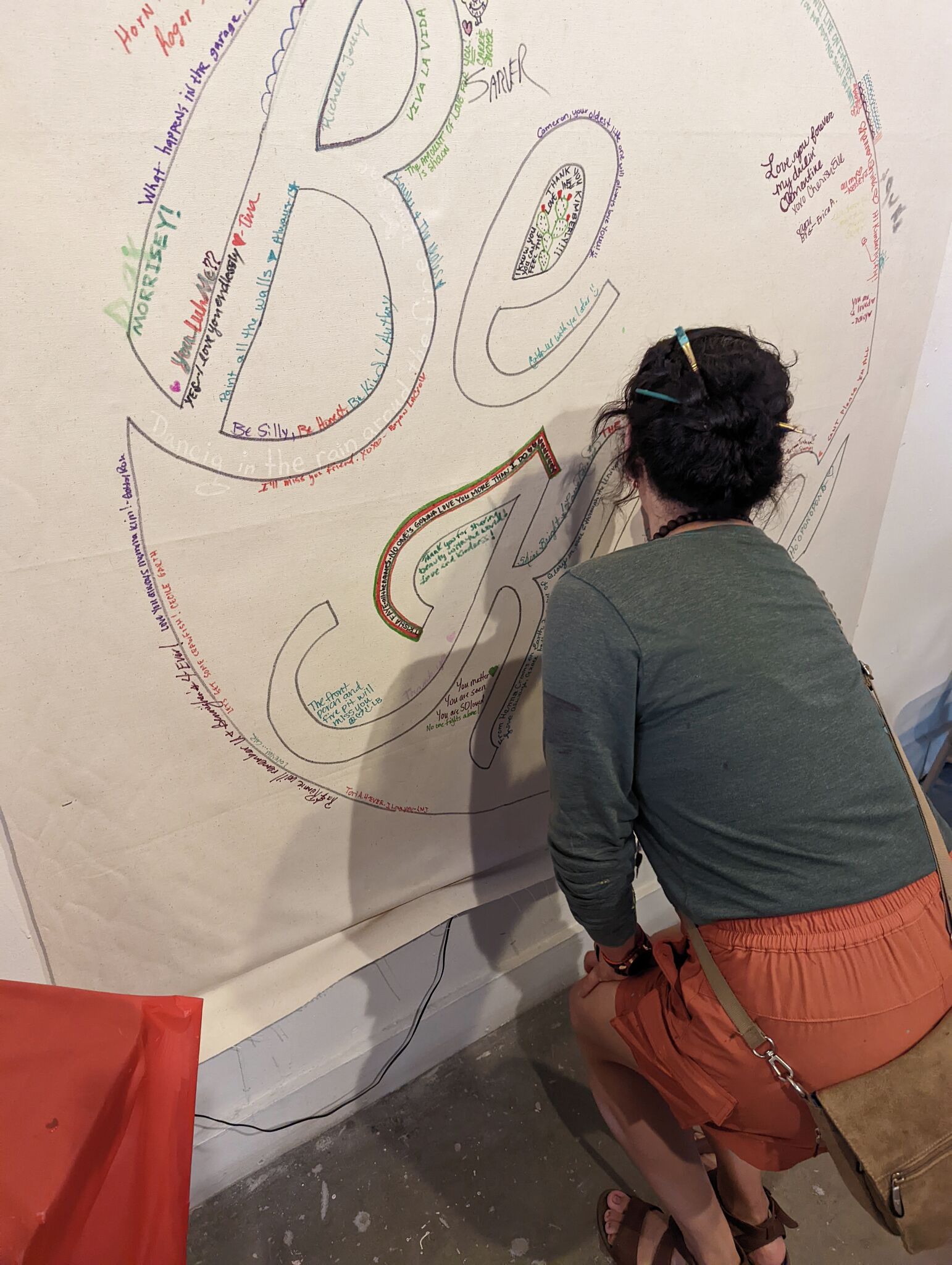 Friends and family gather at Art Studio to remember late Beaumont muralist Kimberly Brown, creator of the ‘Be Kind’ logo

Dozens of people flocked to Art Studio Inc. on a sultry summer Sunday afternoon to see a one-man show, which may never be replicated. The artist, Kimberly Brown, died on August 17, leaving friends and loved ones stunned by her sudden departure.

“Be Kind” was Brown’s enduring logo, even though his complicated relationship with this world didn’t or couldn’t pass up kindness.

“We became friends,” he said on Sunday. “It’s great to see everyone together, but for a terrible reason. She meant a lot to a lot of people for a lot of different things.”

The Art Studio, 720 Franklin St., was still in its infant stage when Brown came there in his mid-teens, said Art Studio founder Greg Busceme.

“It shows all the love she had – how much people cared about her and all the people she touched,” he said, referring to being in space for the most part. air-conditioned gallery where dozens of people admired his work. and spoke in a low voice, unlike other art openings.

Artist Ines Alvidres wrote a message on a large “Be Kind” poster for people to commemorate Brown.

“I admired his work ethic,” Alvidres said, specifically mentioning the kind of dedication it takes for a muralist to work outdoors in Southeast Texas.

“I would get her a Mexican soda or a Topo Chico to bring her just so I could check on what she was doing,” Alvidres said. “Look at the size of her murals! I have a lot of respect for her. We need more like her to make Beaumont better.”

“And she touched a wide range of people in Beaumont,” he said, commenting on the crowd that gathered to honor his memory.

Speech-language pathologist Karen Whisenhunt Saar said she enjoyed every conversation she had with Brown on a wide range of topics.

“She would love that turnout,” Saar said.

Brown’s son Cameron called it “an outpouring of love.”

Jacob Willis, a banker-financial, could have at his home the last fresco carried out by Brown.

“When I travel, I always take a day to capture images of murals, and we’ve gone through them all and come up with a design. I’ve known her for years through art and music. I marvel at the amount of creativity, love and acceptance that she had in a small body,” he said.

Barbara Wilson, who owns and operates BAW Resale at 1096 Calder Ave., has a brown mural all her own.

Titled “Believe in Beaumont” with a “409” inside an outline of Texas, Wilson said Brown’s “Be Kind” logo is what the world still needs.

“She tried to practice it herself,” Wilson said.

Writer Marilyn Tennissen recalled her friendship with Brown dating from the former Carlo’s restaurant on Calder Avenue. As Brown sat at the bar talking to another woman, the other woman backed up and punched Brown — not slapped, but threw a real punch, sending her Tina Fey-style glasses flying. Comedian Fey was once a hit on Saturday Night Live and Brown loved her.

“I picked up his glasses,” Tennissen said, and they became friends.

“She was also very intelligent and had great interests of mind. She had a strong work ethic and took her job and assignments seriously,” Tennissen said.

In the days leading up to her death, Donna Rae Crenwelge-Wisor and Maribeth Jones both expressed frustration at trying to reunite with her. They just kept missing.

Your voice was ethereal.

We danced in the rain

Danced in the rain around a fire.

Danced in the rain around a fire.

Danced in the rain around a fire.”