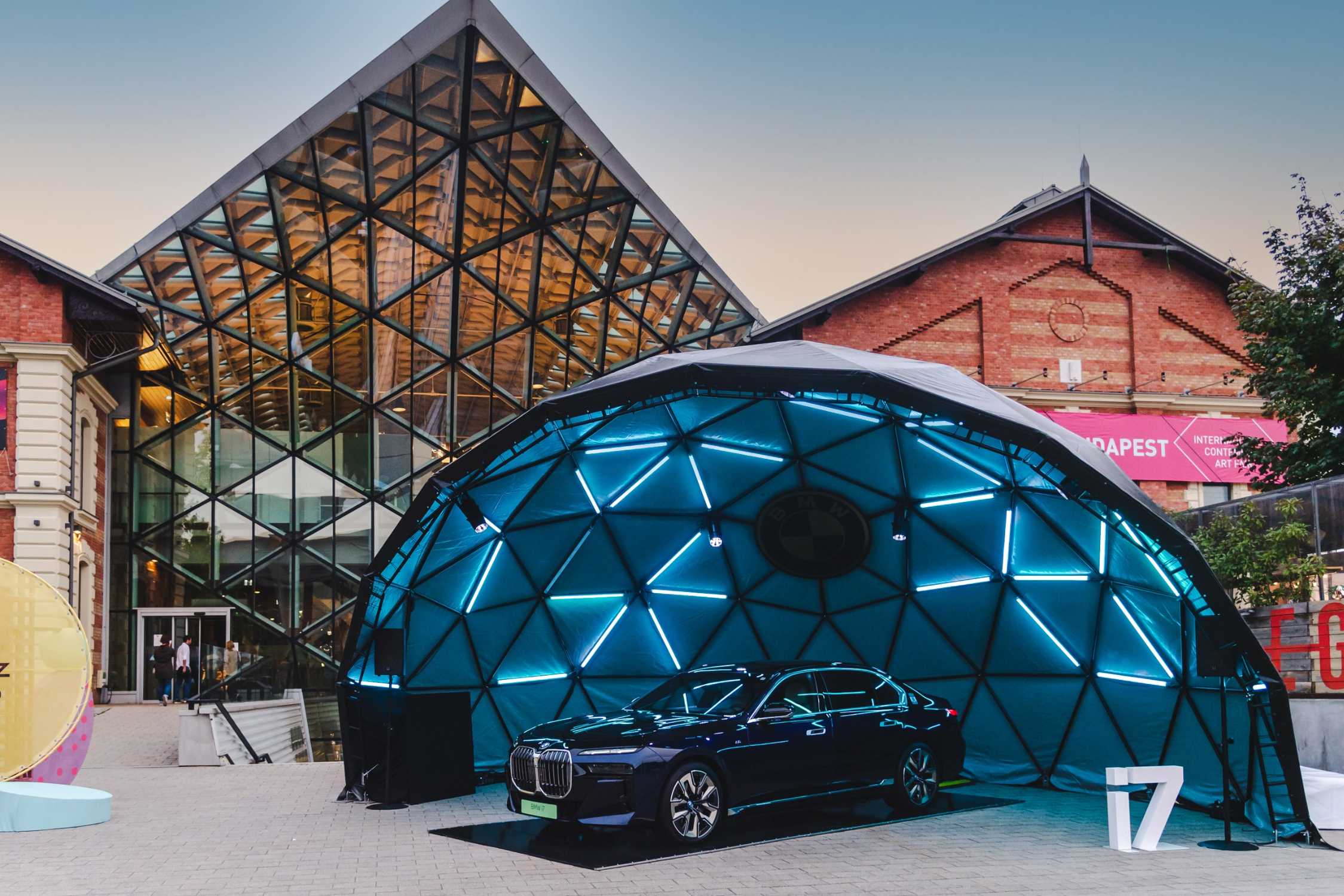 Munich/
Budapest. Art Market Budapest 2022, one of the largest contemporary art fairs in Central and Eastern Europe, was held from October 5 to 9, 2022, and BMW Group Hungary
contributed to its resounding success with a true four-wheeled work of art. This year, Budapest has become for a few days one of the most attractive meeting places in Europe for contemporary art.

The art fair, held for the 12th time this year, brought together 116 exhibitors from nearly 30 countries on four continents and more than 500 works by artists on an area of ​​approximately 8,000 square meters in the Balna Budapest. This year, Art Market Budapest offered a higher quality and wider selection than ever before to its international panel of gallery owners.

BMW Group with a half-century history of supporting culture, so BMW Group Hungary is a key partner of the leading art fair in Central and Eastern Europe. With more than 100 initiatives in the fields of modern and contemporary art, classical music, jazz and sound, architecture and design, BMW is a key player on the international cultural scene.

BMW i7 and avant-garde
The three BMW Group Hungary models on display matched the theme of the show perfectly, as the public got to see the BMW i7 electric luxury limousine for the first time and get a glimpse into the world of Forwardism, created as part of the launch campaign. car world, developed by world-renowned British fashion photographer and artist Nick Knight in collaboration with BMW.

BMW 8X Jeff Koons
The BMW 8 X Jeff Koons model, inspired by the BMW Art Cars series launched in 1975, was also presented in Hungary at Bálna Budapest. For more than a decade, BMW has had a close relationship with the main icon of attractive pop culture, Jeff Koons, who this year created an extremely limited edition of only 99 models based on the technical basis of the BMW M850i ​​​​xDrive Gran Coupe. The special edition “THE 8 X JEFF KOONS” celebrated its world premiere on the stage of the Frieze Los Angeles art exhibition in February 2022 as the most elaborate work of art in the history of BMW models . Following her unveiling, the model has also appeared on the stages of the 16th Istanbul Contemporary, Paris Photo, Goodwood Festival of Speed, Art Dubai, West Bund Art & Design Fair Shanghai, Art Basel Hong Kong and Art Basel Hong Kong, among others. as well as being a crowd favorite at the Budapest Art Market.

BMW RE:DESIGN iX
To celebrate the 50th anniversary of the BMW Group’s commitment to culture, BMW Slovenia offered young artists the opportunity to artistically reinvent the bodywork of the flagship of sustainable technology. The most expressive interpretation of the parallels between sustainability, art and mobility was created by Urban Klinkon, a master student at the Academy of Fine Arts and Design in Ljubljana. The special design was another highlight of the Art Market Budapest 2022.

BMW Forwardism Lounge
In addition to the models on display, BMW Group Hungary, as a key partner of the Art Market Budapest 2022, organized a Forwardism Lounge in the Bálna, where it presented its commitment to art to VIP guests, the press, to dealers and exhibition visitors for 5 days. The BMW show also featured two shark sculptures by Hungarian sculptor Miklós Gábor Szőke, from Studio Gabor M Szoke, a satellite exhibition space of the Budapest Art Market. Foreign guests of the 360 ​​Design Budapest exhibition, organized within the framework of the art fair, were transported by BMW during the event.