A $400 rental fee for a studio seemed impossible for artist Bill Dambrova to pass up.

So he didn’t. In 2000, the Lodge became its new space. What started as his studio – a ramshackle empty space at the corner of Grand Avenue and McKinley Street – quickly became one of Grand Avenue’s beloved art collectives: The Lodge Art Studio.

But after 21 years of gallery shows in downtown Phoenix, the Studio will close in late December due to the building owner’s decision to repurpose the building, local artist Joe Brklacich said.

The studio’s final show will be on Friday, December 17 from 6-10 p.m. space for the last time.

“I hope it’s a sad and happy celebration of love,” Brklacich said. “There are going to be a lot of people showing up on Friday because it meant so much to people for the past 14 years. I want to see everyone enjoying the space like we did one last time. I can truly say that this building has changed my life. It was a good race.

The owners of the building do not renew the lease

Lodge artists have always operated on a month-to-month lease. But when Brklacich – who held the lease with Messmer – announced his move from Phoenix, the landlords opted to terminate the lease after December. The four artists working outside the space – Navarro, Jacobs, Messmer and Brklacich at the time – had 30 days to move out.

“When I let them know I was leaving, that she (Messmer) wanted to keep the lease, they took the opportunity to terminate the lease,” Brklacich said. “We lost the lease.

Additionally, the four artists had not used the space since its last show on the first Friday in June, due to a monsoon ripping an electrical box out of the building. This and other damage has rendered the place unusable for the past five months. Owners struggled to fix the studio as contractors were hard to come by due to the pandemic, Brklacich said.

“They had been dragging their feet to fix the place,” Brklacich said. “You know things have changed and I can see where they feel they can do something else with the space, but it’s sad because we’ve really created a community space here and they don’t know that. For them, it’s just a building.”

The building once housed a Shriner’s dressing room

Dambrova had always lived in suburban Phoenix, and the downtown art scene was not in the picture for him. But while working as an exhibition scenographer at the Heard Museum, he discovered the Grand Avenue scene. And in 2000, he found the Lodge.

The building that had once been a Shriner’s dressing room, and also a home for artists. The rental price for the trash-filled space with worn linoleum tiles and shattered windows was just $400. Dambrova accepted this award and soon after replaced the lodge’s faded cardboard sign with a white wooden sign that boldly printed the name of their house, “Lodge”.

Then came Fausto Fernandez, a multimedia artist specializing in public plays. He had worked alongside Dambrova at the Heard Museum and joined the $400 rental situation.

“We started creating our own scene,” Dambrova said. “We weren’t LA cool, we weren’t cutting edge New York. We were in this strange neutral place where anything was possible.”

The two quickly became not only studio mates, but also roommates – Fernando upstairs, Dambrova downstairs. The days were devoted to creation, the evenings to nocturnal conversations on the tiling.

After two years of living together, Dambrova moved to Los Angeles. He only returned in 2014 when he opened his own space on Grand Avenue right next to the Lodge, Goat Heart Studios.

“I gave the homeless man outside a can of alcohol on the way out and said, ‘Take care of Fausto,'” Dambrova said with a laugh.

Once again, the studio had room for another. After seeing Fernandez’s Craigslist ad looking for an artist to share space, Brklacich joined in 2007. A pencil sketch artist, his only place for his artwork was the walls of his home. No one had seen his work before. And after a relationship broke up, the studio became her fresh start for a new life.

“When Fausto took me on as a studio partner, I said, ‘one of the things I want to do is show First Fridays.’ and he said, ‘it’s cool, I don’t know if I’m going to do it’ but you go ahead.’ So I did,” Brklacich said.

“We have regained our freedom to play”

Slowly, the art studio space changed. The Lodge was no longer just a private workspace. Other people entered. The two guest artists were invited to show in the space on certain Fridays, although the studio never took a commission. It remained a space for artists to show off their work and keep their profits, Fernandez said.

“It was real,” Brklacich added. “There’s no security in paying two thousand dollars a month for a luxury space. Hot water doesn’t work. Cold water works, but you’re fine because you have cheap rent. And that’s was the beginning of the social gallery atmosphere that had been created over the years.”

Messmer — director of programming for the Scottsdale Center of Performing Arts and local artist specializing in water imagery — was another. She arrived at the Lodge in 2010. Sculptor and mixed media artist Rafael Navarro arrived in 2013.

Messmer, Jacobs, Navarro, Dambrova, Fernandez and Brklacich have remained close over the years. Although Dambrova has moved, he has rented a new one just across the street. And although Fernando moved to another gallery in SunnySlope, he still hung the occasional piece at The Lodge, the place that gave him the opportunity to become a full-time artist with his own studio.

“There was a free and happy spirit,” Brklacich said. “We just loved doing what we were doing. It didn’t matter that you were selling a work of art. You gotta show it to people, you gotta hang around. You gotta do your own thing in some kind of funky place. We regained our freedom to play.

The Lodge was a safe and open space

The five artists sat in the space for one of the last times on Wednesday, December 15. It was time to hang their work in the gallery. But with beers in hand and artwork strewn across the room, the long night also meant memories.

“This place changed all of us,” Fernandez said.

It was in the Lodge — that open, safe space — that they learned what it meant to invite guests and artists to enjoy art in community, Brklacich explained. Often guests go to the galleries for wine and cheese. At the Lodge, it was different.

“People were showing up with wine, beer and crackers,” Brklacich said. “Our regular audience would show up with stuff to add to the party. They knew the fridge was in the back, so they put the beers there or opened a bag of chips or opened some wine. They weren’t there just to take. They showed up ready to be part of it.

It was also in this space that Dambrova and Fernandez mourned broken relationships and became brothers. It was also the space where they celebrated. On Brklacich’s 50th birthday, they danced and skated the night away under a homemade soccer ball turned into a disco ball. The party lasted four days.

It was here that Navarro and Messmer decided to move down the street to a new space to carry on the energy of the Lodge they have come to love. And it was to this corner of Grand Avenue that Brklacich decided to bring what he learned to Tulsa. This is where he moves to create next.

Their time at Lodge is up, but not their time together, they said. They will make art together one day together again, just in a different place.

“We transcended the Lodge,” Fernandez said with a smile. 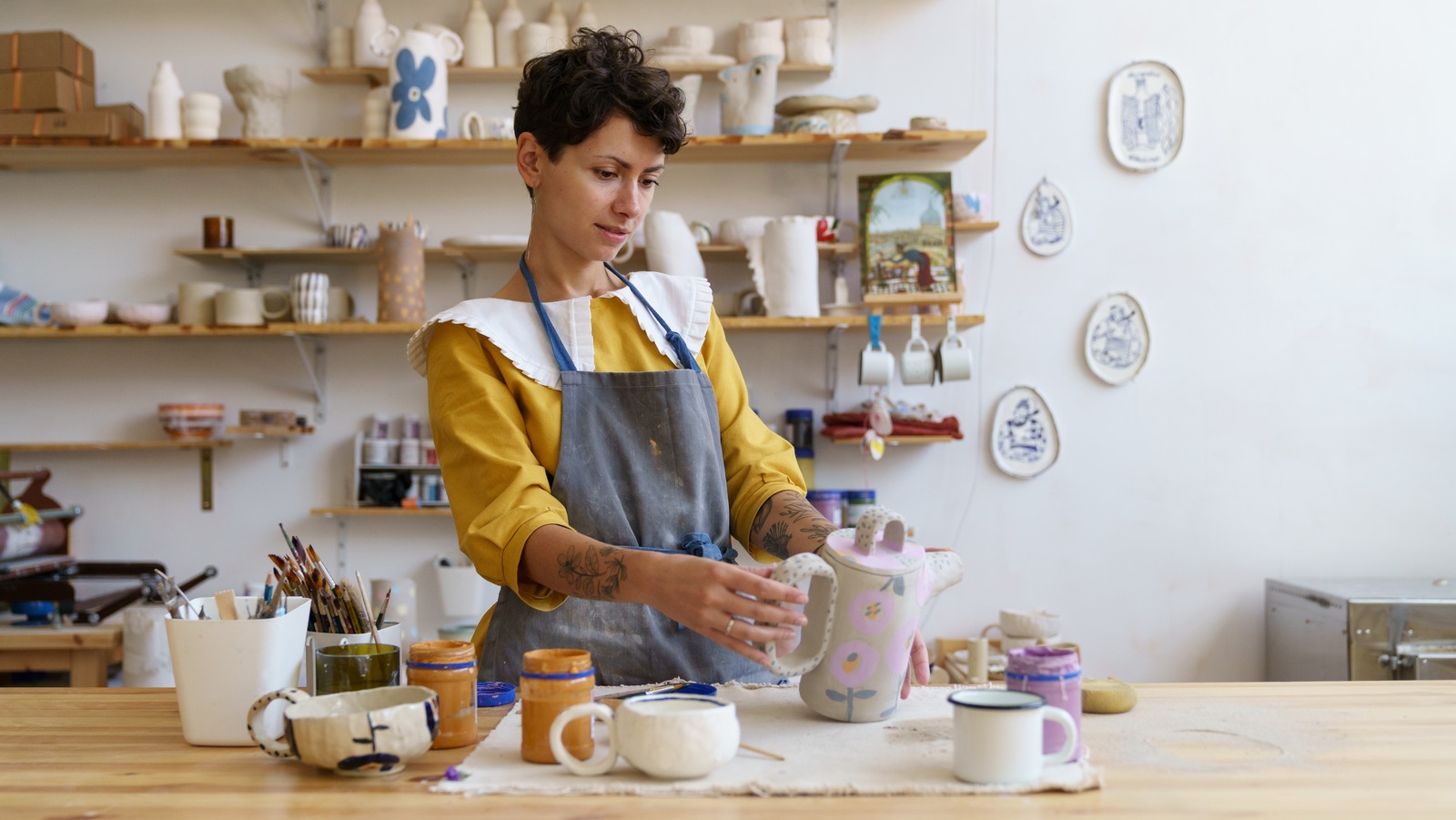 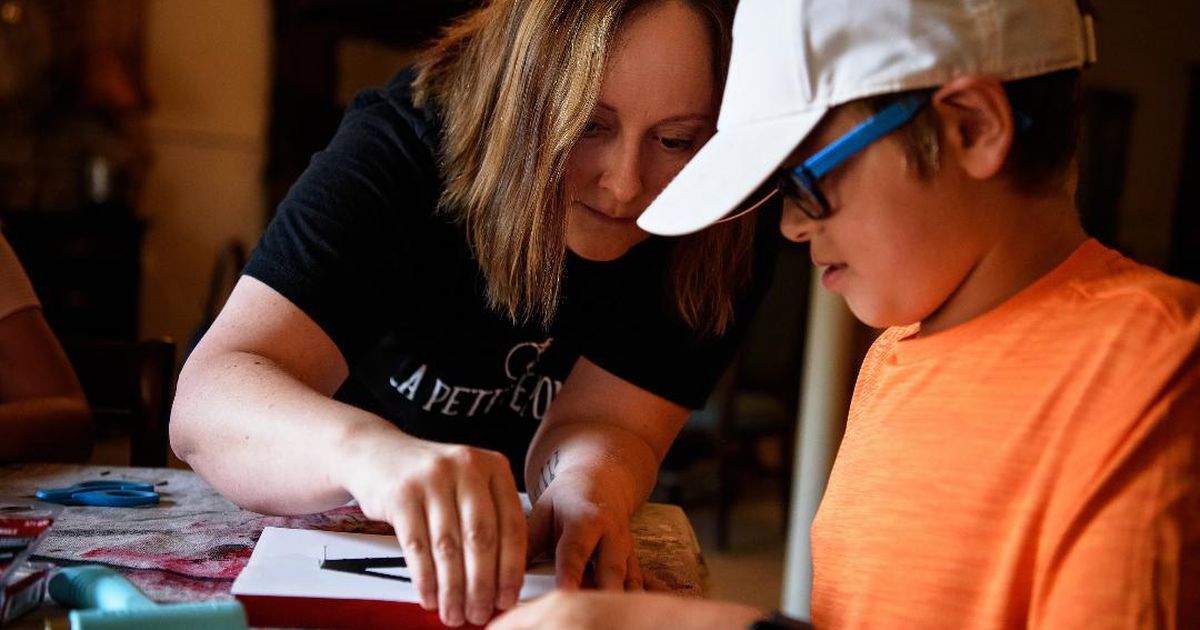