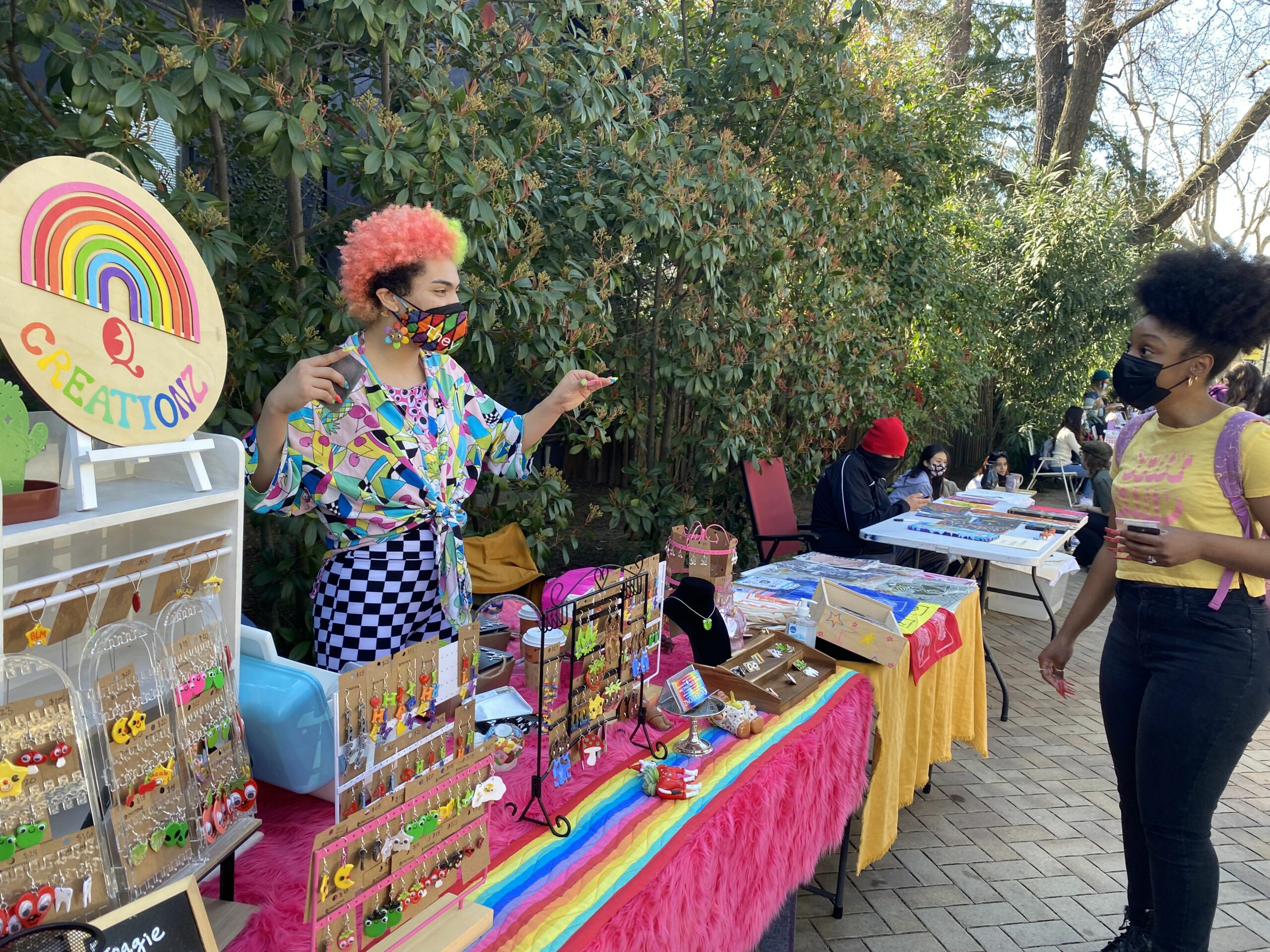 But the future of the art market is uncertain

The Davis Art Market is a community-run street vending market held every Saturday on 3rd and B Streets. One block from the more “formal” Davis Farmers Market, artists, students, and creatives locals set up shop every weekend to sell paintings, jewelry, tarot card readings, clothing, stickers, music, zines and more. But in recent weeks, the future of the beloved community has been uncertain.

The Art Market started a year and a half ago when Heron Rana, its current host and social media manager, decided to spontaneously sell art with her friends on the street. After that day, she said, “it just exploded and more people kept showing up. A lot of new artists were popping up every week.

Amber Parks (@feralgaycrafts on Instagram), a former UC Davis evolutionary anthropology student, started making and selling animal bone jewelry on the market last year and is now starting to sell her products on Etsy. The Art Market was a great source of inspiration for them.

“When I was a student, I never did anything creative…because at the time I didn’t think I could,” Parks said. “But then I was talking to other people who were selling there and they were like, ‘Yeah, you can just start doing anything and people are going to like it and vibe with it. “”

For Parks and many others, the Art Market is about finding a creative community that will support you. Independent artist Q Ezekiel (@q.creationz on Instagram), who has been selling colorful accessories and “wearable art” in the market since last year, reflected on the people selling and visiting the market.

“It’s one of my favorite things is seeing people I just want to know,” Ezekiel said. “It’s not just customers, you know.”

The self-sufficient and community-organized quality of the market is what sets it apart from similar markets: there is no one to ask permission from, and there is no need to pay fees or register weeks in advance. The spirit of the market can be summed up in three simple words: Just show up.

That’s why, according to Rana, when the Davis Business Association threatened the market due to complaints from Farmers Market and local businesses a few weeks ago, many vendors and artists became concerned. However, California State Senate Bill 946 (SB-946) protects vendors selling on sidewalks, which means the city has no legal precedent for closing the market.

Toni Rizzo (artifulworld.com), a local artist who sells acrylic for paints and stickers at the market and online, has been to other markets but appreciates the freedom of this one.

“I love doing any market, but there are all these fees and permits and other things that you have to do, and it can be very difficult, especially when you are just starting to sell art or if it isn’t your full-time job,” Rizzo says.

Despite SB-946, Rana’s recent conversation with the Davis Business Association revealed that there are ways to circumvent the law and force the market to comply, although the specifics of these regulations were not discussed. .

While she is ready to move forward with an open mind, for Rana the magic of the market lies in its lack of formal organization, in the fact that it happens simply because people decide to show up. In her view, the market is often misunderstood as being based on profit, “and that’s not what it’s about,” she says. “From my perspective, we’re building community and supporting each other.”

For now, the Art Market continues to fill Davis with vibrancy and creativity every Saturday from 10 a.m. to 2 p.m. More information can be found on their Instagram (@davis_street_market).