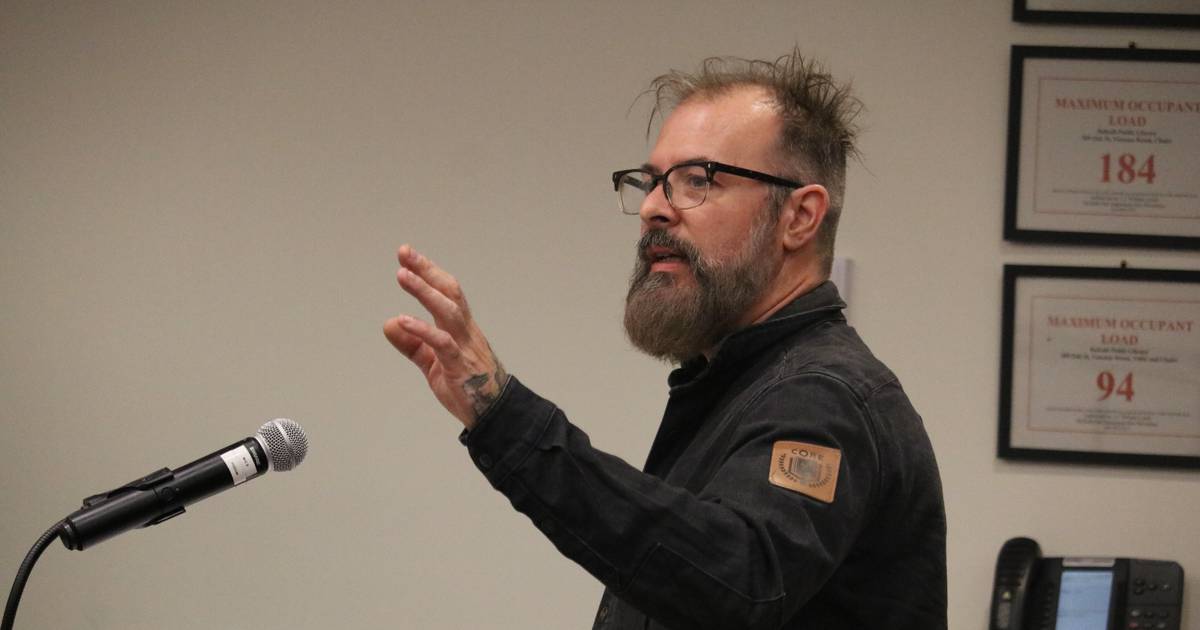 DeKALB – A DeKalb panel assigned to hear rezoning applications, on Tuesday showed support for a petitioner’s proposal that would create an art studio and exhibition space on the site of the First United Methodist Church and associated parking.

The DeKalb Planning and Zoning Commission provided a favorable review of the petitioner’s application to City Council in a 6-0 vote.

But in the end, the final decision rests with the members of the city council. Their next meeting will be at 6 p.m. on September 12 in the Yusunas Meeting Room at the DeKalb Public Library.

Petitioner Jacob Tennant of EggToy Studios Design Inc. said he hopes to find a home for his art studio and show space, at 311-317 N. Fourth St. and 321 Oak St.

“We’ve been in the Sycamore area for 15 years now, operating in a number of different areas and have never had any noise complaints, bad neighbor type complaints,” Tennant said. “The idea of ​​looking at moving to an area where the church currently is is definitely, I think, a doable situation in terms of our impact on the community.”

The property is currently zoned as a residential conservation zone, but the petitioner is requesting that it be converted to a commercial planned development zone, according to city documents.

City planner Dan Olson, noting that First United Methodist Church management put the property up for sale some time ago and is in the process of building a new location off North Annie Glidden Road, said the city would like see that the building is maintained.

“Our current space in the Anaconda building in Sycamore, we started moving there about nine, 10 months ago and over the last year we’ve rehabilitated all of these offices that were over 30 years old, unoccupied and just covered of nicotine and falling apart,” he said. “What we were able to do with what we had on hand and were able to show was a really impressive feat in the region.”

Tennant said he had a theory that the First United Methodist Church building could be successfully turned into an art studio and exhibition space, just like the Anaconda building was.

“We like to have the idea of ​​the sanctuary, some of the design office spaces where we can set up some of the thumbnails where they can change as different clients come in,” he said. “Sometimes it’s hard to sell to a client, especially when it’s someone who may not be up to par with their creativity.”

Commissioner Trixy O’Flaherty welcomed the petitioner’s proposal, saying it would be a creative way of reusing the church.

“I really like the idea of ​​this type of reuse on this building,” O’Flaherty said. “I think it could be a great way for us to keep this old building neat, [for] it is to live another life. It’s probably a good old-fashioned setup for you too, having everything together.

The petitioner’s plans for the site would not be permitted until the end of August 2023, after the church vacates the site, city officials said.

If the church’s schedule for leaving the premises were to change, Olson said an amendment would be needed.