Art or not? The absurd irony behind the booming NFT art market 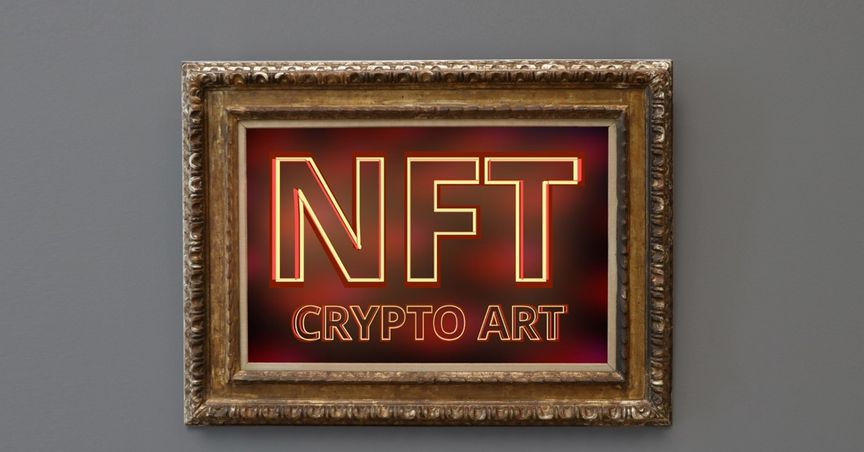 Art or not? The absurd irony behind the booming NFT art market

Non-fungible tokens (NFTs) have been all the rage over the past year. If the media has anything to say, one thing that has kept people busy during the shutdowns is investing in crypto and buying NFTs.

One of the most NFT-focused are those labeled as NFT art. Once again, if the media is to be believed, the super rich have given up their Maseratis and Lamborghinis and replaced them with Bored Apes and CryptoPunks.

It looks like the NFT art market is really booming. But what, exactly, is NFT art? Moreover, is it even art? Opinions are divided on this.

Apparently, I myself am unsure about the eligibility of NFT art. Last weekend I was at a party and someone brought up the subject of NFT art (maybe it was me). Either way, I saw it as an opportunity to join in the conversation and clarify what makes NFT artwork (like Beeple’s now-famous piece that sold for $69 million last month). last year) so popular?

Read also : What impact does the crypto market have on the economy?

I don’t remember exactly what I said. I was down a few beers at the time. I seem to remember blurting out words like “blockchain”, “Bored Ape Yacht Club”, “digital”, and “Beeple”. As I trailed pathetically through my explanation, I noticed people standing there nodding and stroking their chins in deep appreciation of what I was saying.

Even in my semi-drunken state, I knew I was talking nonsense. What I couldn’t figure out was why I made sense to them.

The next day, I thought a lot about what had happened. Why, oh, why had I held court in the back of an Irish pub, explaining NFT art to my fellow revelers? More curiously, though, why had they all stood there listening as if I was giving the Gettysburg Address?

Then it hit me. They weren’t listening to what I was saying. They certainly didn’t understand what I said. My sneaky suspicion was that they just didn’t want appear for not “getting it” on this latest pop culture trend.

Was it just a microcosm of what’s happening in the NFT art world? Is it basically a group of people who just want to jump on board this latest hip trend, too scared to come forward and say Hey! What the hell are you talking about? Bored monkeys? Beeple? Have we all lost our creepy minds??

The art world can be ridiculous

Of course, it wouldn’t be the first time the art world had fallen in love with something downright ridiculous. In 1917, a Frenchman named Marcel Duchamp took a men’s urinal and signed it “R. Cabot”. He then submitted the urinal entitled “The Fountain” for an art exhibition in New York, where it was considered an avant-garde work of art.

When it comes to art, people are clearly capable of being taken for a ride. So why not NFT art?

Read also : Is the crypto bear market coming to an end? What future for crypto?

I mean really. Watch the Bored Ape Yacht Club – a collection of ten thousand unique simian characters wearing various hats and sunglasses and makeup and sporting a variety of different eclectic hairstyles. The current floor price for the cheapest Bored Ape is US$309,921.81. Many, however, have sold for millions of dollars.

Do not mistake yourself. I think the Bored Apes are cool. They are funny little chimpanzees with their own little personality and style. They remind me a lot of something you would have drawn on the inside cover of your yearbook in fifth grade.

In fact, when I was in fifth grade at school, a lot of kids were drawing Teenage Mutant Ninja Turtles in front of their notebooks and directories. In 1990, turtles were a worldwide phenomenon – four human-sized turtles that lived in sewers and dressed like ninjas. They all had different styles and personalities and wore their own colorful masks. When you think about it, they look a lot like Bored Apes.

Could it be that the Teenage Mutant Ninja Turtles were just NFTs, way ahead of their time? If the original creators of TMNT had made ten thousand Teenage Mutant Ninja Turtles paintings in 1990, would they have sold for millions at the time? If that had been the case, the creators probably would have gone that route instead of creating a series of cartoons and comics.

The market dictates the price

In the end, the discussion of whether something is art often doesn’t prevent it from selling as such.

From the signed urinal to a completely blank canvas, there are things you could reasonably and objectively classify as anything. but art, which continued and sold for ridiculously high prices.

If people are ready to get started, as is clearly the case with some NFT projects, then that certainly makes sense to classify them as art.

As for NFTs, it’s just a new way of presenting and dealing with art. Instead of holding a tangible piece of canvas, the owner now holds their artwork in a crypto wallet.

Either way, this new medium shows no signs of slowing down in the near future, which is perhaps a good thing for artists.

(DISCLAIMER: The opinions expressed in this article are those of the author and do not reflect the opinions or views of the organization.)